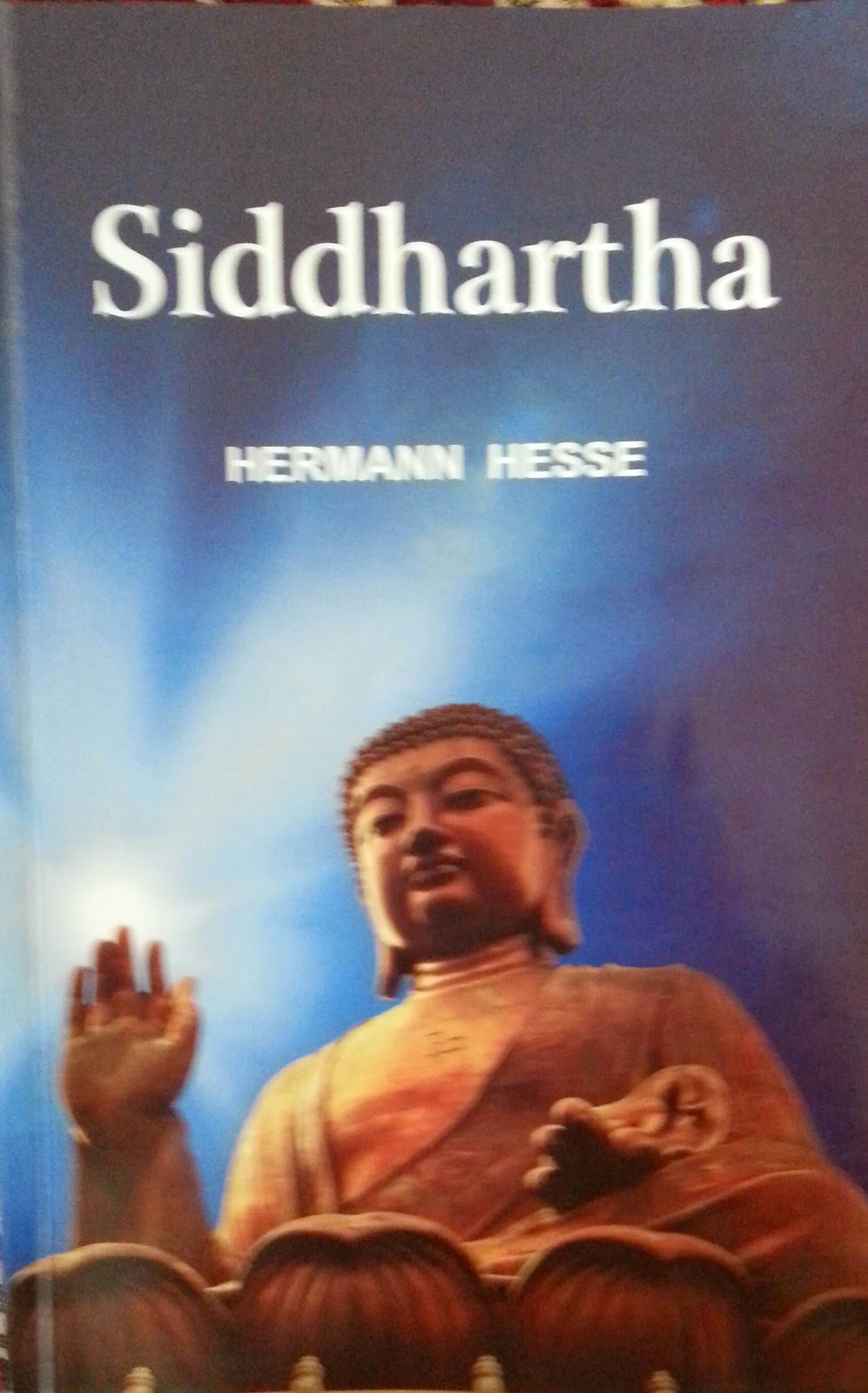 The novel originally written in German language by Hermann Hesse during the year 1922 had been translated and published into English by many. The one I read was published by Maple press, Noida, but it doesn’t mention the translator’s name.

I had heard and read a lot about the book far back, but couldn’t get a chance to read until recently. Even though late in reading, it was an enthralling experience.

If the original Siddhartha opted to renounce worldly life to become Gautama Buddha, the enlightened, it was vice versa for this Siddhartha, who is a contemporary of Gautama Buddha. The young Siddhartha renounced his so called spiritual entity and chose to live with Kamala, a courtesan, who prompted him to amass wealth for a comfortable and luxurious worldly life. The highly intelligent Siddhartha could do it with ease. But after sometime, he chose to abandon his *‘Garhasthya’ to seek fulfilment and finally attained it but not from any guru but a simple ferry man Vasudeva and the river which he used to ferry.

Siddhartha’s journey through life symbolises the Hindu belief to attain fulfilment through the four aims or rather stages of life, viz Dharma, Artha, Kama and Moksha. He practised Dharma or righteousness during his childhood and youth, Artha and Kama during his life with Kamala, and finally attained Moksha during his old age.I have always loved the concept of Vanaprastha(embracing the forest) after Grihasthashram, though it is very difficult to be practised for one who is entangled in human ties.
Siddhartha’s father had no difficulty in raising his son as a righteous young man, but Siddhartha himself failed miserably in bringing up his only son properly after Kamala’s death. The boy-again Siddhartha named after his father-raised by his mother in the absence of his Dad had become a spoilt brat who abused his Dad like anything and one day he ran away from his Dad.

The relationship between Vasudeva  and Siddartha, is worth mentioning. An ignorant lay man turned out to be an intellectual’s spiritual guide, so to say!. So impressive is Vasudeva’s and later Siddhartha’s fondness towards the river, which ultimately symbolizes mother nature herself.

What I understand from the book is that life should be a proper blend of spirituality as well as worldly pleasures. Denying either of this totally or indulging in any one state alone will not satisfy your inner self; Or else Siddhartha would not have left his early spiritual life of youth; Or else he would not have fled from Kamala and the luxurious life he led with her. I feel that spirituality is something above and of course very different from devotion;It has nothing to do with chanting of prayers, pilgrimages and the like.

Hermann Hesse is the grandson of Dr.Hermann Gundert who had well known Kerala connections.

Now certain quotes from the book:

"What is meditation? What is leaving one's body?What is fasting?What is holding one's breath?It is fleeing from one's self, it is a short escape of the agony of being a self, it is a brief numbing of the senses against the pain and pointlessness of life."

"We find comfort, we find numbness, we learn feats to deceive others.But the most important thing, the path of paths, we will not find."

Siddhartha to Budha, mentioned in the book as Gotama/the exalted one:
"O, exalted one, no body will obtain salvation by means of teachings.You will not be able to convey to anybody, O, venerable one, in words and through teachings what has happened to you in the hour of enlightenment! "

You can read more about the book, of course in a more sophisticated language here  in wiki.

*Four stages of life
Posted by Anonymous at 9:35 PM